This dated 1960s property on the north Cornwall coast was snapped up within a week through Savills estate agents in Truro, due to its stunning plot overlooking the water next to The Scarlet Hotel. The new owner’s intention was to knock it down and rebuild it, but they had three young children and didn’t want to wait three years to use it while it underwent planning and development. So, whilst they designed the future new house with an architect, they decided it would make sense to lightly renovate the existing house, so they could use this for a couple years until planning was approved. They envisaged this period to be 2 to 3 years. The clients wanted an interior designer that could meet a tight schedule and phase the work in stages to allow the owners to enjoy their limited time at the property. Ben Davies at Savills knew Elaine Skinner was the right designer for the job, with a track record of manipulating work schedules to allow for client use in between.

Hops and Camellias were asked to redecorate, furnish and upgrade all elements of the bathrooms and kitchen to create an eco-beach house. The building was an uninspiring 1960s bungalow and the owners wanted contemporary and minimal furniture, but also liked the vintage style. Everything Elaine and her team installed also had to be British-made, sustainable or recycled and had to be reused and fit in with the next property, which had not been designed yet. The team had 9 weeks to deliver so the owners could use it for the Easter holiday.

The team took out a wall in the kitchen to open up the space. The owners also wanted to ensure that 12 people could all take a shower at the same time, so Hops and Camellias installed an additional boiler and a large utility room to keep sandy toes at bay. Since the house was going to be knocked down, the team steered away from wallpaper using paint instead. Elaine took her decoration hues from the surrounding environment using a palette of strong deep colours including ochre, deep teal and greys. A rich deep orange was used to add a unique appeal in the bedrooms that lacked views.

Elaine had to look at the timescale and source the criteria working backwards. The hardest part of this brief for her was specifying furniture in this house now that would also be used in the future house we still wasn’t designed, that’s a big ask!

The Result:
The team pulled off the project in nine weeks flat and the client loved the interior design so much they decided they wouldn’t knock it down after all. The owners praised the Hops and Camellias team for ‘really working and designing for the house’ and this is a perfect example of needing to approach the job with no set idea. 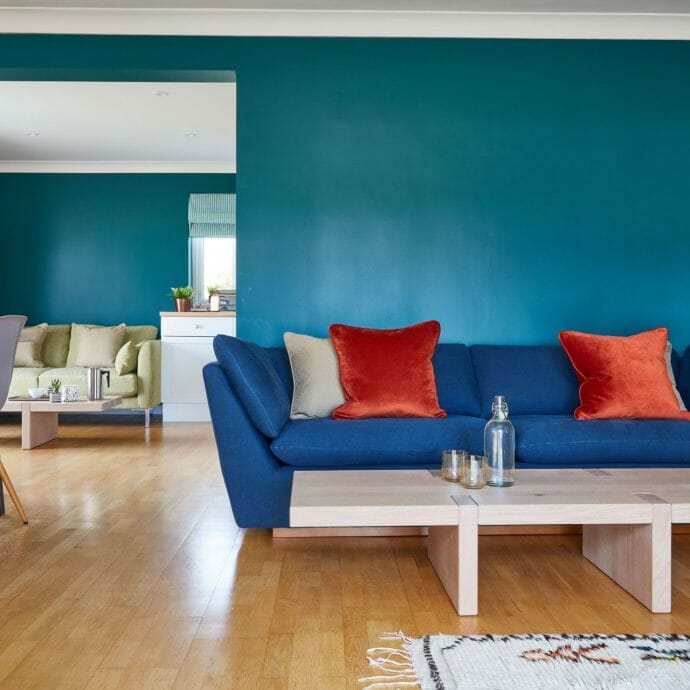 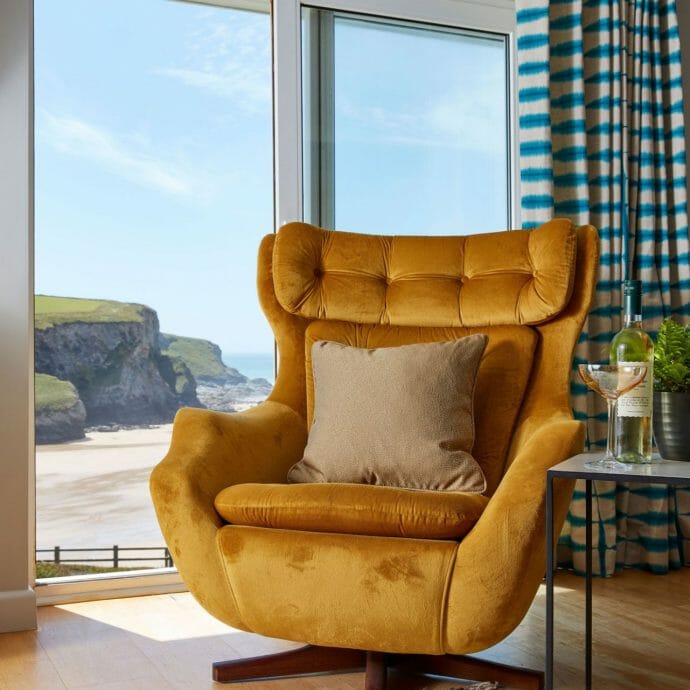 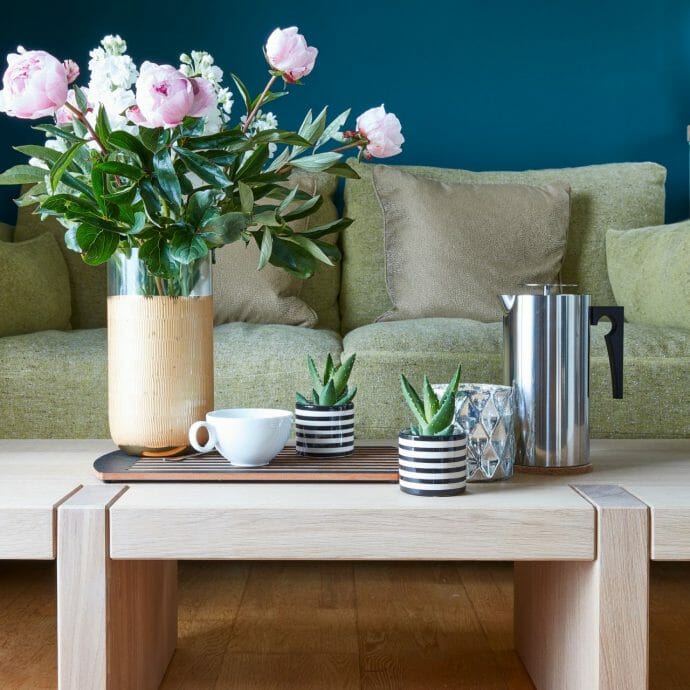 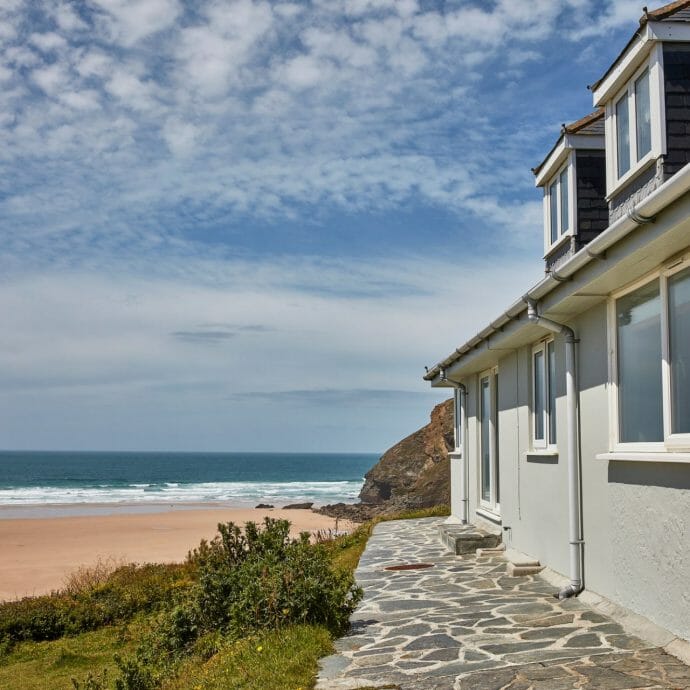 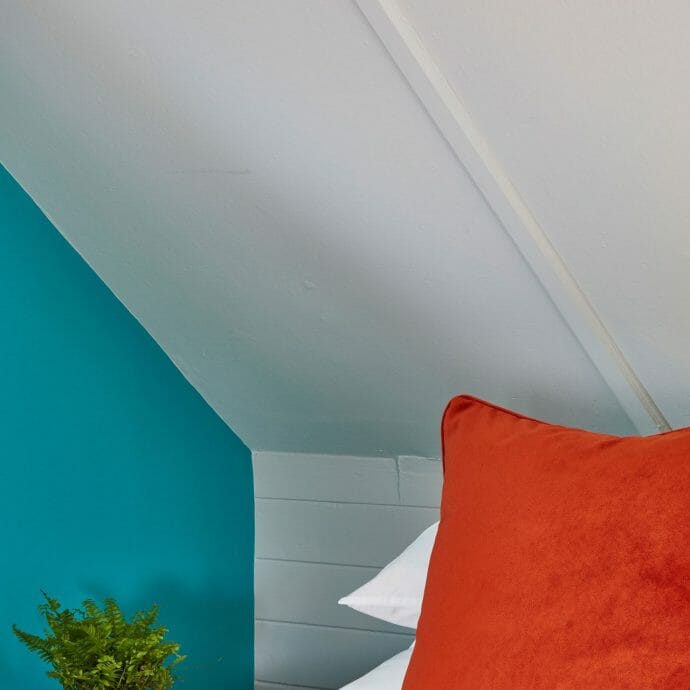 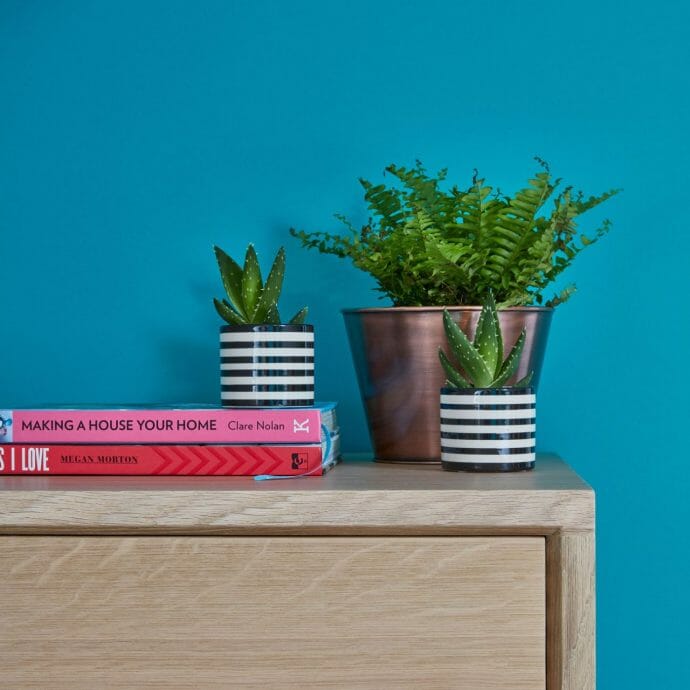 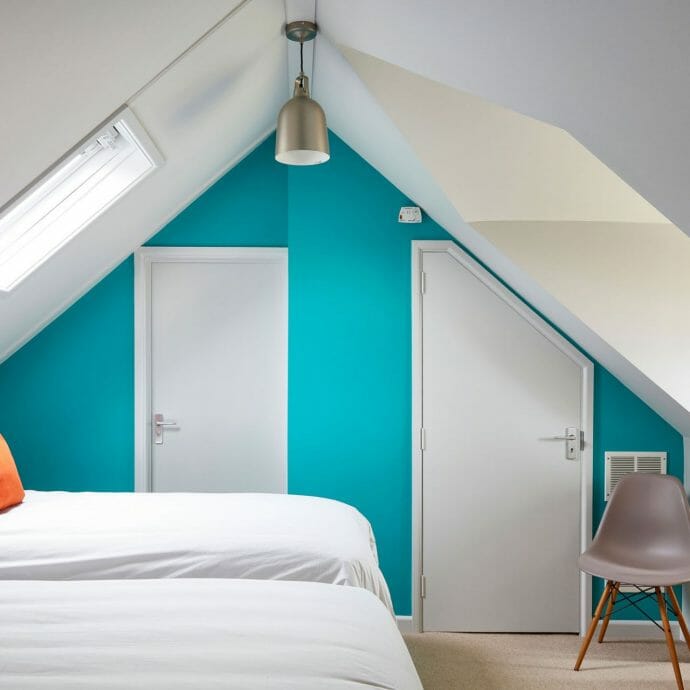 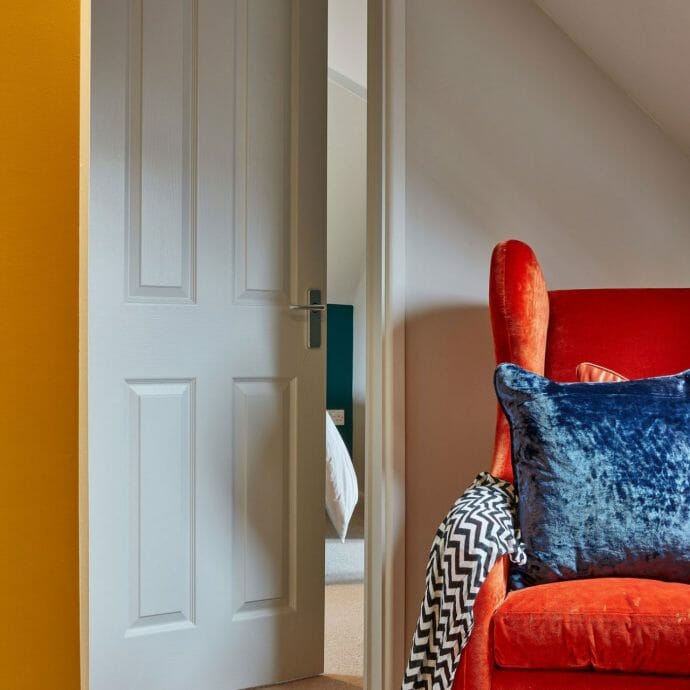 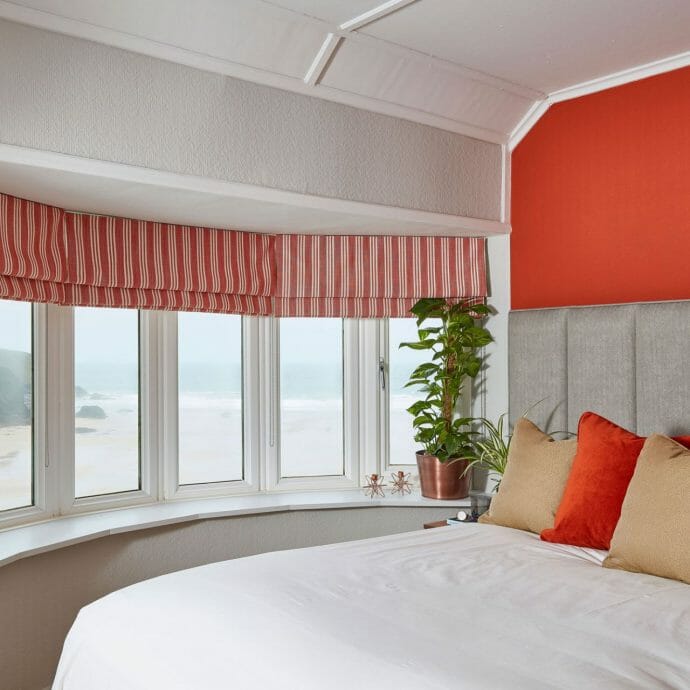 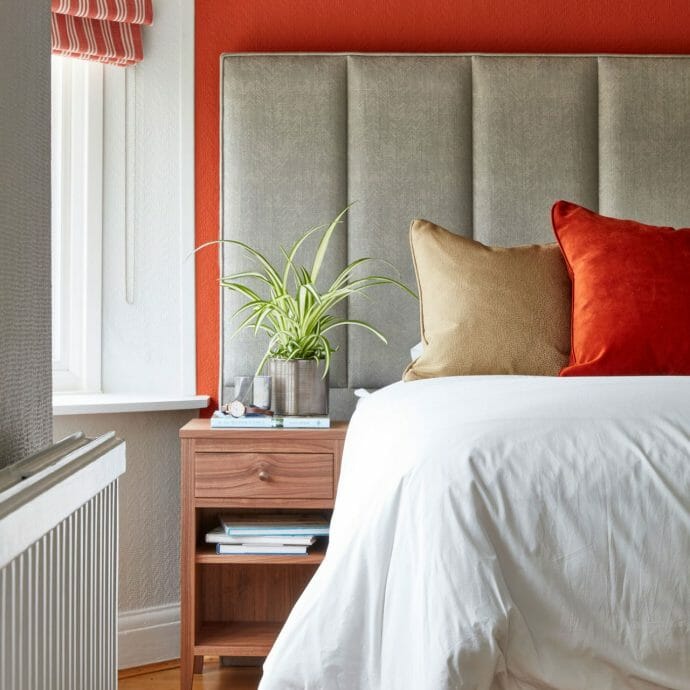 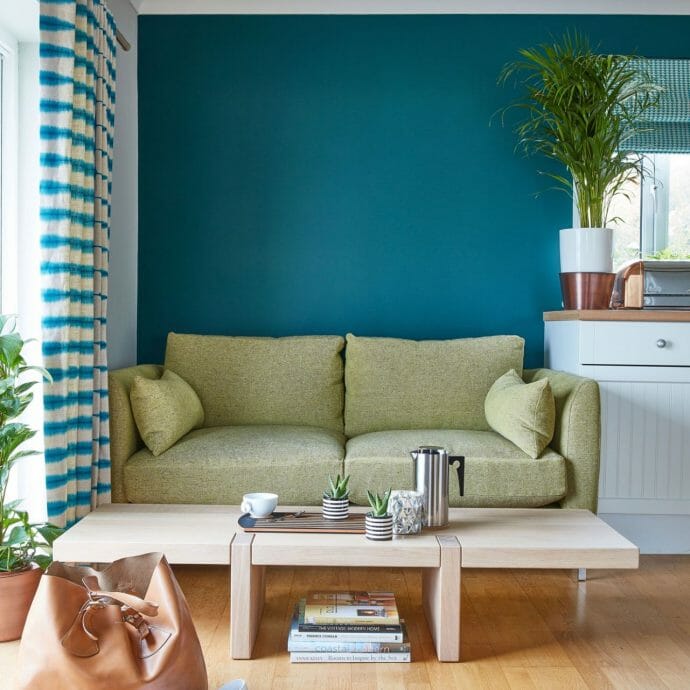 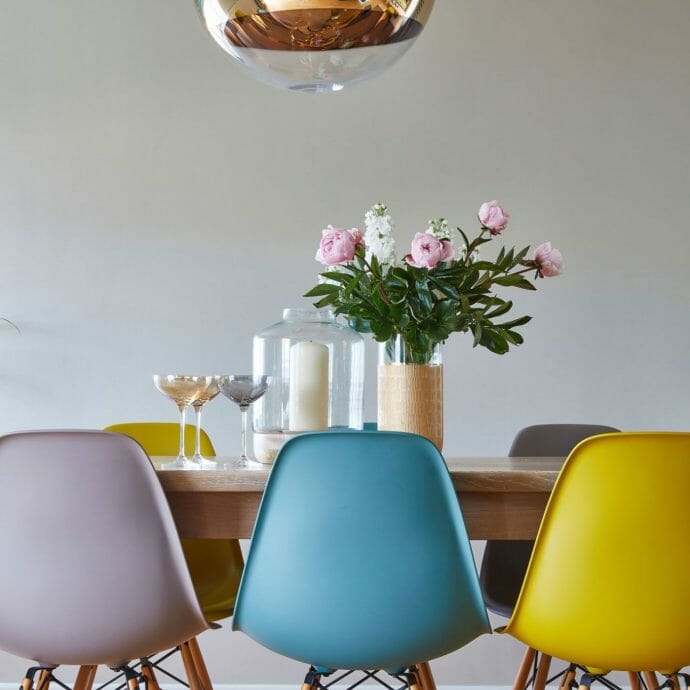 ← previous Back to projects next →